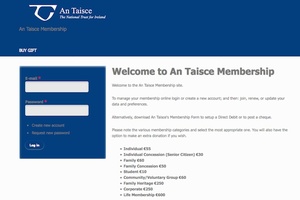 Today I have joined @AnTaisce. We need standards not reactions. We need questions asked not assumptions made. pic.twitter.com/bg4ZV5kKKf 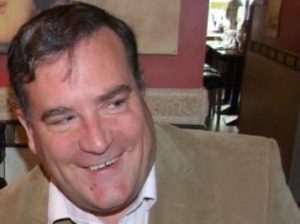 Dan Boyle (above) joins An Taisce, The National Trust for Ireland, an environmental non-governmental organisation, yesterday

This week I became a member of An Taisce. Outside of my being a part of the Green Party I have never been much of a joiner.

While I would be a supporter of environmental non-governmental agencies (NGOs), I’ve tended to offer that support from the outside. I’m likely to change that approach now.

The professional distance between environmental NGOs and The Green Party hasn’t been mutually beneficial. I have long argued that the relationship should be similar to that historically the Labour Party has enjoyed with trade unions.

Environmental NGOs have argued that they need to treat all political parties equally and equidistantly. While political neutrality is important for campaigning organisations, when it comes to environmental NGOs I believe its application can counterproductive.

I believe that these NGOs and The Greens should become more comfortable that we come from the same place, and that we are perceived by the rest of the political world for having done so.

This isn’t to say that NGOs shouldn’t criticise The Greens. Exerting external pressure keeps every political party on its toes, especially when in government. What I would be asking for is that that the scope and context of such, often justified, criticism be more measured.

The frustrations of seeking to achieve through campaigning gets further amplified by the obstacles subsequently experienced through the political system.

Focus gets emphasised upon these frustrations. The differences on strategic approaches get exaggerated. The expectations of what can be achieved by when and how become the heart of disagreement. What gets forgotten is all involved are committed to going in the same direction. All which to achieve the same things.

It was in this spirit of lost solidarity that I have decided to join An Taisce. As traditional politics and politicians revealed a barely concealed contempt for the idea that environmental campaigning is valid and valuable, I’ve decided that these were my brothers and sisters and together we do the same work.

There are other environmental NGOs that I should, can and probably will join. The membership fees will be drain on my finances but I reckon it will be a price worth paying.

Within those groups will be members and supporters of other political parties, just as there are in trade unions. Within such groups I will argue that the relationship between them and The Greens is, and should be, more symbiotic.

Nevertheless a valuable role NGOs do play is that of being open to different perspectives, in a more broad way than can be found in political parties whose approach can be closeted.

Another valuable role campaigning organisations can play is both lead and better reflect public opinion in its demand for change. Something that politics, politicians and political parties are not particularly good at.

I supposed I’ll be going to even more meetings now.

Dan Boyle: A House Is Not A Home