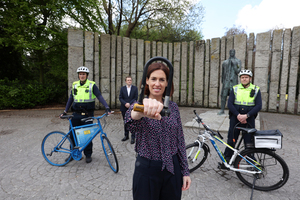 Ministers of State at the Department of Justice James Browne TD (top second right) and Hildegarde Naughton TD (centre) helping launch the ‘Lock it or Lose it’ campaign to tackle bike theft. 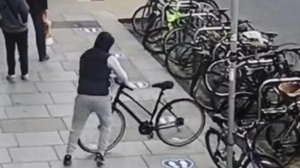 An Garda Síochána is reminding the public take the following precautions in keeping their bicycles safe by locking them in the most secure way possible.#HereToHelp #StaySafe pic.twitter.com/b55eN00GAU

More than 70% of the bicycles were reported stolen in the Dublin Metropolitan Region for a total of 4,825 bikes [compared to in Cork]…

A total of 2,139 bicycles were recovered throughout that period but these were not necessarily stolen during the same timeframe.

Let’s Get You Home

Lost Your Keys And Whistle?

55 thoughts on “He Normally Does This [Updated]”