Big push guys, especially in #UK – where June 21st is the date they said they would end the madness #TakeOffYourMask was trending yesterday, and you can help to keep it so 😉
– always retweet but don’t forget to include the #TakeOffYourMask hashtag in every tweet! pic.twitter.com/T8gUNKkm41 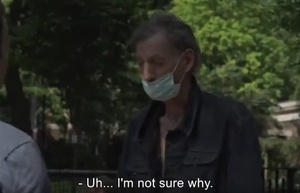 “Well Flagged And Should Have Been Tackled Earlier”

90 thoughts on “Breath Of Fresh Air”