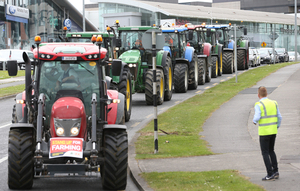 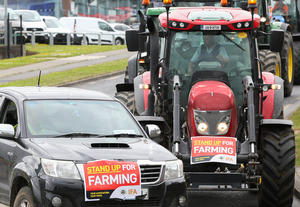 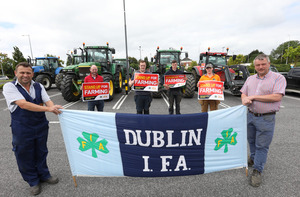 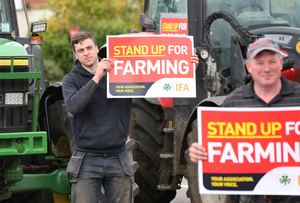 Members of the Irish Farmers’ Association (IFA) take part in a nationwide rally to highlight the ‘importance of commercial farming to the rural economy’.

It was the first large scale demonstration by IFA since the pandemic began, as farmers gathered in county towns across the country to warn against the dangers in the current CAP proposals and the Climate Action Bill.