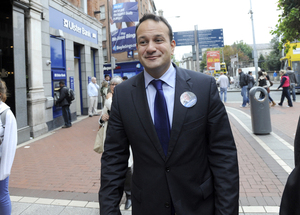 One of the problems noticed during the Trump presidency was that there were so many outrageous actions and comments being unleashed by the administration that journalists couldn’t assimilate it all quickly enough before a fresh batch of bullshit landed.

This deliberate over-production of bullshit is similar in many ways to the strategy of the tobacco industry, flooding scientific research with an avalanche of studies, that they themselves paid for, to throw genuine scientific findings into doubt. It’s a game now played by the corporations, to keep the climate issue from interfering with business.

It’s beginning to seem like that here now, in a micro kind of way. Not a day goes by when there isn’t some new revelation that, under ordinary circumstances, would be a story with lots of creepy-crawly legs. Now these stories just scurry away and vanish while another one takes their place.

The latest is that four of the main political parties use undercover agents to glean voter preferences from an unsuspecting electorate. This emerged in a thrilling backfire when an Indo journalist went casting aspersions against Sinn Féin for engaging in this practise.

But then it emerged that FF, FG and the Greens also engage in this practise, and that the only reason Sinn Féin did it, so they claimed, was because “everyone” was doing it. Which is not really a defence. Either way, the initial flung dung came home to roost, to mix some metaphors; leaving Leo, Micheál and Eamon “grow lettuce” Ryan with egg on their faces.

Then, to make matters worse – or better, depending on your perspective – it emerged that the Tánaiste, Leo Varadkar, he of welfare cheats fame and recently under garda investigation for sharing confidential cabinet documents with a “friend”, in order, some allege, to undermine a union; used students in his re-election campaign to surreptitiously collect information from voters by posing as legitimate and unbiased researchers working in the public interest.

The Varadkar team apparently issued these students with business cards with a fake name designed to seem official, if not downright governmental: the “Political Research Association of Ireland”, no less. The irony of this is that the one thing Ireland could really do with is a political research association to maybe put some of this stuff into perspective.

These cards, described as business cards, were clearly designed by Fine Gael to dupe members of the public into answering questions which could then be used by Fine Gael handlers to gain clearer insights into the political opinions and preferences of voters. Such calculated duplicity has not been witnessed since the big bad wolf dressed up as Red Riding Hood’s granny.

But worse was to come. Some students enlisted by Varadkar’s team to play out this charade on an unsuspecting public, in return for a handy €50, were subsequently not paid, which makes the whole thing a kind of double exploitation. First the hiring of students to dupe the public, then the duping of students who end up unpaid after helping to dupe the public.

But this little story is just a sideshow. It will come and go in a couple of days. It’s probably already gone. Eaten up and forgotten, like a quick snack, and none of the awkward questions it actually poses will ever be fully examined, because there’s simply no time. There’s more bullshit on the way. That’s about the only thing you can be certain of in the ongoing story of We-do-what-we-like-and-You-do-what-you’re-told.

For instance, with this latest one, you have to wonder about the information gathered and was it in breach of data protection guidelines. And those €50 payments? Were they declared expenses, or quiet back-handers?

Whatever the deal was, in at least one case that we know of, the promised €50 wasn’t paid.

Now I realise that for many people €50 is just pocket money, or a tip. But for many others it is actually a quarter of their weekly income. Despite what the well-off may think, €50 means something to a lot of people, particularly now in the latest round of post-covid rent hikes, many people are genuinely hurting for the lack of a spare €50.

Then the whole affair became even murkier when Micheál Martin, after admitting that Fianna Fáil also engaged in this practise of fake market research personnel, was contradicted by former taoiseach Bertie “Teflon” Ahern who denied that such practises ever took place in Fianna Fáil.

Who to believe? I’d be inclined to disbelieve Bertie, but that’s just me. From what I can recall, Bertie denied everything, all the time. It’s automatic with him. He was once asked in a restaurant was it him who had ordered the trout and he immediately denied it, out of pure reflex.

Pat Kenny gave Sinn Féin’s Eoin O’Brien a severe grilling on the subject of fake canvassers, since Sinn Féin too had also issued fake IDs to their teams of faux researchers. But somehow it was made to seem worse when Sinn Féin did it. In contrast to Pat Kenny’s grilling on Newstalk, RTÉ kindly forgave Leo Varadkar for hiring students to deceive the public in order to gather data under false pretences for his personal re-election campaign. That was all okay with RTÉ.

The week ended with a new poll that finds Fine Gael trailing Sinn Féin by 10 points, FG down 4 points to 24% and SF up 4 points to 34%, showing that a quarter of the electorate are still happy enough with the housing crisis.

Meanwhile, the G7 met in England to talk behind our backs about our borders. So that’s presumably where our officials get that habit of not consulting the powerless. They’re on the receiving end of the same treatment every day in the wider world. The disregard is just passed on down the line; to low-paid workers, to private renters, to the survivors of Church abuse; until somewhere deep in the urban landscape, where children eat dinner off the pavement, a la FG housing policy, a duped student, down €50, resorts to kicking a stray dog.

4 thoughts on “Eamonn Kelly: Fake It To Make It”