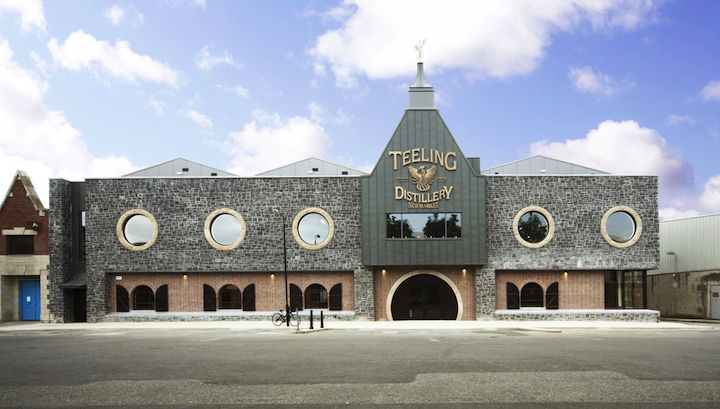 Last month, we asked for your most memorable whiskey experience.

On offer was a free Tasting for FOUR people at Teeling Whiskey Distillery in  Dublin’s Newmarket plus a handcrafted Teeling Cocktail to enjoy afterwards (worth 100 big ones in total).

There could be only one winner.

‘During the 2018 February/March snow in Ireland I was calling in on a couple of elderly neighbours to check in on them, make sure they had groceries etc. Two of the oul lads who lived next door to each other ended up inviting me in for a drink with them. I ended up completely unexpectedly drinking whiskey all afternoon in front of an open fire, looking out at the snow, hearing all about the long, interesting, lives these two guys had lived.

They’re both dead now unfortunately, but it was an unforgettable experience that will stick with me for the rest of my life. And the whiskey was definitely a huge part of it – I doubt I would have heard half as interesting stories from them without it.’

‘Jamming with the lads over New Year’s one time turned into a late night early morning weed n beer session. Beer ran out so out came the whiskey until 5 am and instead of calling in sick, I decide to go to work. The singer drove me to the airport after I gave him a punch in the jaw and I was duly delivered to the job in a pukey heap at the front door with my uniform under me arm. The singer took off the wrong way round the airport one way system, ended up being chased by the airport cops and crashed his car on the old airport road. I was sacked next day.’

‘Over 20 years ago I was coordinating a research project in a far distant land and we got to know some of the locals reasonably well. One day my translator accidentally got us invited to some local religious festival at 10 in the morning, that involved the men of the village going from house to house, drinking home made hooch. We were picked up about early in the circuit and ended up visiting something like 10 houses. Each time, it was a brisk, mysterious ceremony and then a shot of hooch and off to the next place. Finally, ended up in the local ‘chief’s house’, The 20 or so of us sat in this big circle, and the chap to my left poured this huge glass of whiskey, took a mouthful and passed it to his left, each person doing the same. It dawned on me I was going to be the last one, and followed the glass round with my eyes. Finally it got to the chap to my right, and he looked at me with a big smile: I saw he had no teeth, and some mysterious ulcery-looking marks around his mouth. He took a slurp and handed it to me. I was a fair few sheets to the wind, but had the presence of mind to pour the booze into my mouth without letting the glass touch my lips. I have a somewhat hazy memory of myself and the translator dashing back to our lodging and cracking open my emergency bottle of Jameson and vigorously gargling it. I still have all my teeth.’

5 thoughts on “Teeling In The Years”