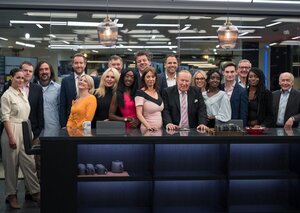 On Sunday evening, Andrew Neil and Dan Wootton were the first two big names kicking off GB News as the new channel launched to rival the likes of BBC and Sky News.

However, comments made by Wooton during the first episode of Tonight Live with Dan Wootton has reportedly resulted in hundreds of complaints being made to regulating broadcaster, Ofcom….

Nivea, Kopparberg, Grolsch, the Open University, Octopus Energy, Ovo Energy and insurer LV have also pulled their adverts from Andrew Neil’s new channel, prompting calls for a boycott of their services and many accusing the companies of caving in to ‘zealots’.

So GB News is already smashing the BBC in the ratings.

Turns out people are fed up of being patronised by overpaid journalists who think they know better.

I certainly will not purchase anything from IKEA until they lift their boycott of @GBNEWS https://t.co/rkIyc9OiF2

Sooner or later, the #GBNews haters will realise that cancelling advertisers, relentlessly slagging it off & getting it to trend all day, every day, just increases ratings & brand loyalty from fans

That day, however, isn’t today. Crack on!