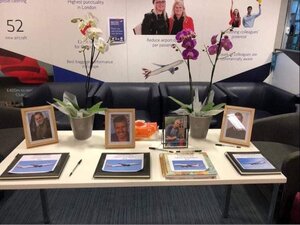 Sadly four members of our pilot community passed away recently. Our thoughts are with their family and friends. However, there is no truth whatsoever in the claims on social media speculating that the four deaths are linked. Julie

Reuters presented the claims to British Airways, which said they were unfounded and that no such talks were underway with the government. The spokesperson, however, confirmed the authenticity of the four condolence books, as four company pilots had recently passed away. “Our thoughts are with their family and friends,” they said, adding that none of the deaths was linked to vaccines.

I Have You Covered [Updated]