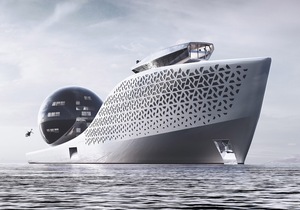 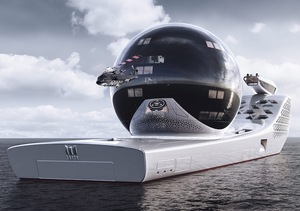 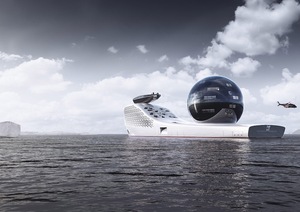 Behold: the Earth 300 Research Superyacht – a concept for now, but scheduled to begin construction soon.

The vessel has a cantilevered observation deck near the bow and a flat aft deck with a helipad dominated by a 13 story sphere containing 23 state of the art labs where 130 scientists will ponder the secrets of the world’s oceans.

304 metres long, 61 metres tall and powered by an emissions-free, molten salt nuclear reactor, the vessel will embark on its maiden voyage in 2025.