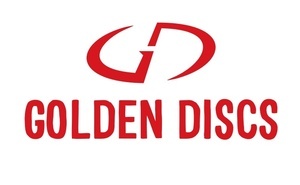 Last week, with a €50 Golden Discs voucher redeemable in any Golden Discs store on offer , I asked for your favourite song about Summer or whose lyrics refer to Summer.

You answered in your dozens – providing a Factor 50-resistant playlist of sun-soaked gems.

That Summer Feeling by Jonathan Richman

“From the pen of the eccentric incurable romantic that is Jonathan Richman (minus the Modern Lovers here) comes an infectiously sunny ditty “That Summer Feeling”. It’s a sort of American Graffiti like pathos infused homage in song to memories of summers past filled with a mix of nostalgia & regret

“I recall seeing him in Whelan’s about a quarter century ago when a chap requested this classic cut & Richman started strumming the intro. The guy then shouted out could he wait until he got back from the jacks & Jonathan duly obliged & played ” I Was Dancin’ in a Lesbian Bar” while we awaited our hero’s return from his call of nature. “That summer feeling’s gonna haunt you the rest of your life…”

“Summer Wine by Nancy & Lee is the perfect song. It’s got the boy/girl duet, a story that keeps you hanging till the end, the double meaning to the lyrics and all wrapped in a crackin tune with duelling Spanish guitars.”

The Boys Are Back In Town by Thin Lizzy

“When I was 12 I went camping with my big brother and his mates on the dunes in Portmarnock. There were illicit cigarettes, my first sip from a warm can of Harp and observations on ladyparts that made no sense.

“There was a mission that morning to steal milk, juice and yoghurt from local doorsteps at 5am. There was unlicensed craic. the stereo played The Who, The Stones, The Ramones, AC/DC and, in particular, Thin Lizzy’s ‘Live And Dangerous’. And from that album the one song that captured the freedom, camaraderie and invincibility I felt that night was ‘The Boys Are Back In Town’. Since then, it’s not summer until that album gets played in full, outdoors in the evening with beer in hand.”

Nick says: Well done, Scottser and thanks all.

Close To The Edge