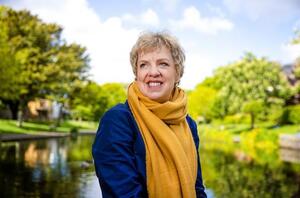 Ahead of Thursday’s by-election in Dublin Bay South…

Fine Gael has angrily complained to RTÉ after the Labour Party’s Ivana Bacik appeared on a prime time TV show just three days out from the by-election in Dublin Bay South.

Ms Bacik is in a battle with Fine Gael for the seat and the Senator featured prominently on a programme called ‘National Treasures’.

RTÉ has strict rules about fair coverage of candidates during campaigns.

The incident is reminiscent of a row between RTÉ and Fianna Fáil and Fine Gael during a by-election won by current foreign affairs minister Simon Coveney. 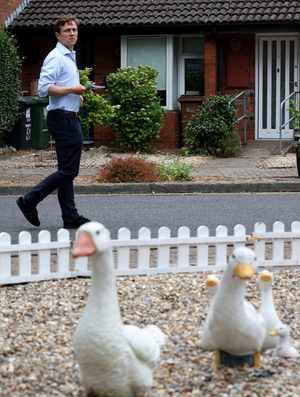 Via Una Mullally in the Irish Times:

He comes from an intensely privileged background, with two Supreme Court judges as parents, and two more as grandparents. He looks the part, he’s got the clichéd south Dublin accent (something I sympathise with, having one myself), and he has run a superficial campaign based on the brand of bland nothingness his constituency predecessor, Eoghan Murphy, espoused to cruise into a housing ministry, and we all know how that went.

But condemning Geoghegan based on his beginnings is unfair. It’s not his fault he had a remarkable head-start in life. Privilege isn’t some kind of original sin. But what is relevant is how you use that privilege. Geoghegan worked for Fine Gael’s John Bruton in Washington DC, and then got a job with a lobbying firm run by another Bruton adviser, Kevin Gilna. It’s a small world . Now I’m not saying working for a lobbying firm that represents for Big Tobacco is among one of the worst things one can do with one’s privilege, but it is up there.

Back in Ireland, Geoghegan drifted from Fine Gael and backed Renua, a right-wing, anti-abortion entity that looked for a millisecond as though it might make an impact, given how disproportionate its founder Lucinda Creighton’s profile in the political media was. Renua flopped, closing off that career path.

Fine Gael is asking people to vote for Geoghegan because he is in Fine Gael. But if we extrapolate “merit” from meritocracy, and compare Geoghegan’s record to those he’s leading in the polls – Ivana Bacik, Lynn Boylan, Claire Byrne, and Sarah Durcan – he’s not at the races. There is no comparison.

James Geoghegan’s uncle, Tom Finlay, is a director of a firm that has $357,876,984 invested in an Irish registered REIT property fund

I’d say Uncle Tom is quaking in his boots that “voice of generation rent” might get elected and “do something” about REITs 😂 pic.twitter.com/xCWoOQi2xO

With Purcell, You Know What You Get

18 thoughts on “To The Manor Born”