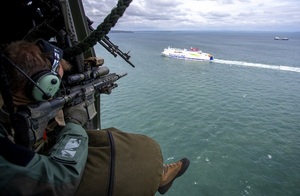 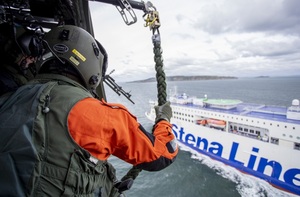 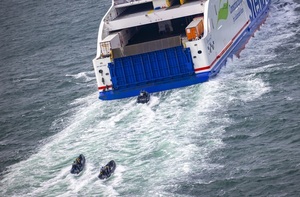 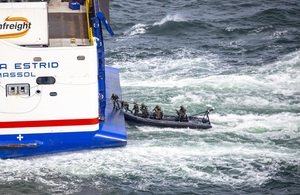 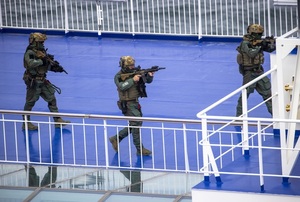 In ‘the vicinity of Dublin Port’.

Assault teams were deployed on to a Stena Line ferry from AW139 choppers and hard hull inflatables before ‘securing the vessel’ as it approached Dublin Port.