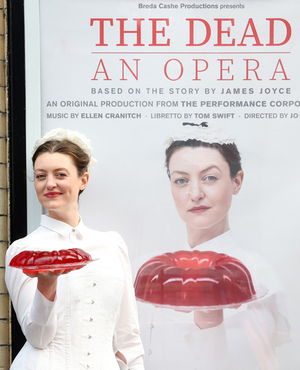 Rachel O’Byrne from the cast of The Dead, An Opera at  the Gaiety theatre in Dublin on August 7-8

Vaccinated people should be allowed to go to the theatre if it means more venues would be able to open their doors to larger audiences, the general manager of Dublin’s Gaiety Theatre has said.

Ahead of the first live audience returning to the theatre this weekend for the staging of The Dead, An Opera – a musical adaptation of James Joyce’s famous short story – Laura McGuigan said the theatre would be open to it. “If it meant we could have more capacity, it would make sense,” she said.

She added that theatres would be well equipped to manage such a system if it gets the go-ahead from the Government. And she anticipated there would be broad support from the industry and theatre goers for any such moves.

What A Carvery Up

53 thoughts on “They Have Their Exits And Their Entrances”