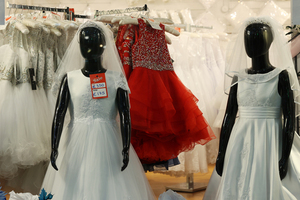 [Historian] Diarmaid Ferriter considers that the leadership of the Catholic Church is “overdoing the righteousness, as whether the controversy about Communions is primarily about sacraments is highly debatable.

The assertion this week by Catholic Archbishop of Dublin Dermot Farrell that the ‘only gathering that seems to cause risk is a parent taking their child to receive a sacrament’ was disingenuous” (“Church is overdoing the righteousness amid Communions row”, Opinion & Analysis, August 6).

He misunderstands the Archbishop, who clearly means that it is contradictory to rule that taking a child to receive a sacrament is risky, while other kinds of congregating with larger numbers and closer contact are not so ruled. No righteousness there – just common sense.

Prof Ferriter also says that “the leadership of the Irish Catholic Church has been exhibiting a passive aggressiveness in recent years.”

My behaviour is “passive aggressive” if I conceal my true position, say I’m agreeable, and yet act obstructively. The true position of Catholic leadership is usually clear, whether others agree or not.

To have a healthy democracy, their positions, like that of others, need to be respected.

I agree with Prof Ferriter that it is not wise to require any person to make a profession of religious faith (or lack thereof) in order to hold public office.

The days are gone when it was required to take an oath rejecting the Catholic Church and its teachings, and to attend and receive Communion in the established church, in order to hold public office in Ireland.

However, in UK, the monarchy is still closed to a Catholic, as also in Denmark, Norway and Sweden.

Lock Up Your Rats

Are We There Yet?

No Wait, Come Back