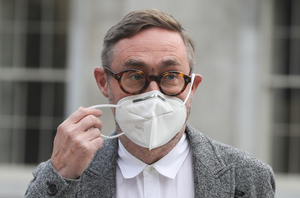 “Across the state property prices have increased by 99% from their low post crash in early 2013.”https://t.co/7XENkiCuYX pic.twitter.com/PUFwAcJ4F2

Sinn Féin spokesperson on Housing Eoin Ó Broin on the Plinth ahead of introducing legislation in the Dáil today that would remove the Part V affordable housing exemption for developers.

Housing Minister Darragh O’ Brien’s Housing For All plan includes measures to increase social and affordable homes in new developments from 10pc to 20pc – except, if a developer bought land between 2015 and 2021.

Where The Big Colourful Players Are

Virgin On The Hilarious

14 thoughts on “No Exemption”