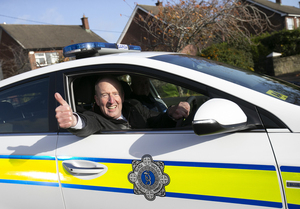 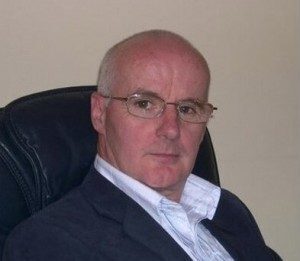 The political administration of Ireland is corrupt. There’s an endless list of examples of such corruption stretching down through the decades but there is no need to delve into the past to make the point.

We only have to note that serious criminality occurs on an ongoing basis at the very heart of our democracy. A small group of just 18 citizens [ministers] wields executive power on behalf of the people. Under the Constitution it is a criminal offence for any of these ministers to breach Cabinet confidentiality.

We know this law has been broken in the case of the proposed appointment of Katherine Zappone. We also know that no member of the Cabinet has acted to protect the integrity of the Constitution by bringing the minister[s] involved to justice.

With this in mind I have submitted the following report to An Garda Siochana [Cobh] requesting that they investigate the alleged crime.

For attention of: An Garda Siochana – Cobh

I wish to report a number of allegations concerning breaches of Cabinet confidentiality as laid down in Article 28.4 of the Constitution.

That a minister in the current Cabinet illegally leaked information to a media source concerning the Katherine Zappone appointment.

I submit the following information in support of this allegation.

On September 1 2021 the Minister for Finance Paschal Donohoe was interviewed by RTE presenter Claire Byrne. It is clear from Minister Donohoe’s comments that he is aware of the allegations of criminal activity within the Cabinet.

Claire Byrne: “One of your party colleagues leaked the news about the Katherine Zappone appointment while the Cabinet meeting was still in session. Do you understand what the problem is?”

Minister Donohoe: “Of course I understand what the issue is here. I know there are allegations and the case is being made that material did emit from Cabinet when decisions were being made.”

A number of other ministers were also interviewed by media indicating that they are aware of the criminal allegations, including: Taoiseach Micheál Martin, Minister Catherine Martin….and others.

The Irish Examiner newspaper is a possible link to the ministerial leak as evidenced by a comment in that newspaper by the paper’s political editor, Daniel McConnell on September 2:

“As Cabinet was still ongoing, news of the appointment was reported online by the Irish Examiner.”

I submit the following information in support of this allegation:

In the same report Mr. Ross appears to confirm that breaches of Cabinet confidentiality were common:

“You might as well have an RTÉ camera in the room the way information was being live tweeted to journalists,” he said.

Report in the Irish Independent, 28 Oct 2020 concerning the same allegation:

Mr. Ross admitted he did not seek a High Court ruling to reveal details of Cabinet meetings as required under the Constitution. He justified his action with the following comment:

“I don’t expect there will be any prosecutions, either, as the precedent is there for them having done this.”

Mr. Ross further revealed that leaks were a big issue when he served as minister and revealed an incident concerning Foreign Minister Simon Coveney.

“The result of that was one day Simon Coveney said, ‘This item we are now discussing, okay, it is out on RTÉ already what is being said at this cabinet meeting.”’

Relevant section of the Constitution:

Inserted a new subsection in Article 28.4:

i. in the interests of the administration of justice by a Court, or

ii. by virtue of an overriding public interest, pursuant to an application in that behalf by a tribunal appointed by the Government or a Minister of the Government on the authority of the Houses of the Oireachtas to inquire into a matter stated by them to be of public importance.

I request that this matter be investigated as a matter of urgency.

8 thoughts on “Anthony Sheridan: I’d Like To Make A Complaint”