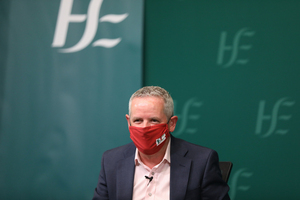 The Health Service Executive has said that a third dose of Covid-19 vaccine for those who are immunocompromised will get under way from next week.

Speaking on RTÉ’s Morning Ireland, HSE CEO Paul Reid said contact would be made with people who are deemed at highest risk, saying that risk would be determined by clinical teams.

“It will be a period of five to six weeks to complete this programme,” he said, adding that it will be complex with it focused on the most vulnerable and immunocompromised.

He said identifying the most at-risk would not be a simple process as it is not a list that they can “take off the shelf” but is rather a “complex piece of identification”.

He said if people are not contacted it is likely they are not in that highest risk category.

Third dose for immunocompromised to begin next week – HSE (RTÉ)

The Young And The Hesitant

Thou Shalt Not Pass

19 thoughts on “Time For Your Booster”