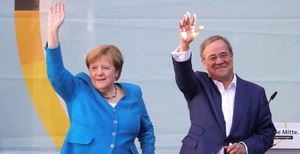 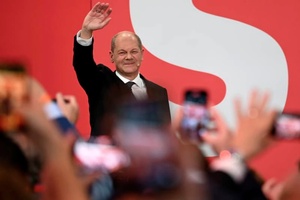 Olaf Scholz set his sights on the German chancellorship on Monday after his centre-left party narrowly came out on top in the general election.

The narrow result paves the way for complex coalition talks, meaning Mrs Merkel could still be in office at Christmas.

Mr Scholz hopes to form a government with two smaller parties, the Greens and the Free Democrats (FDP).

However, Mr Laschet could still become chancellor if the two kingmakers choose to side with him instead.

Tomorrow Doesn’t Belong To You

Hey. Wouldn’t It Be Great To Have A Rolling Feed Monitoring All The News And Social Media Comments On The 7 Presidential Candidates?