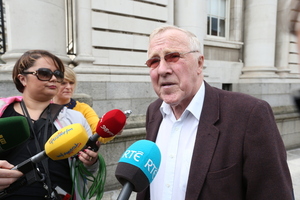 Further to the resignation last night of former Lord Mayor of Dublin Christy Burke as chairman of Inner City Helping Homeless, a role he took on following the death of Anthony Flynn.

…As only one board member remains from the original 15, the charity now faces two options according to sources. The appointment of a liquidator which could result in the winding up of the charity or else an inspector being legally charged by the Charities Regulator to examine the organisation.

A new board had been due to meet last Monday following the proposed appointment of Social Democrats TD Gary Gannon as its new chairman along with Clare O’Connor, a previous board member, and Gavin Elliot, a barrister, as two trustees.

An Emergency General Meeting (EGM) scheduled for last Tuesday was scheduled to take place but was postponed due to Mr Gannon, Ms O’Connor and Mr Elliot withdrawing from the nominations.

…Meanwhile, a woman is expected to be co-opted onto Dublin City Council next month to fill Mr Flynn’s seat

Accused By The Most Vulnerable

1 thought on “Winding Up”