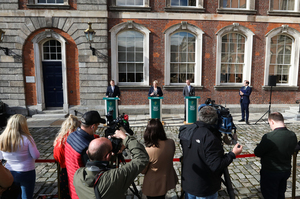 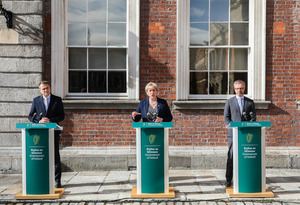 The Government has agreed to provide up to 500 additional places for Afghan family members.More than 670 Afghan nationals have already been granted permission to reside in the State this year.

Minister for Justice Heather Humphreys said the new reunification scheme announced today will apply to family members who are vulnerable in Afghanistan or who have fled to a neighbouring country.

She said the Government is very conscious of the plight faced by people in Afghanistan following the takeover of the Taliban.

Ms Humphreys said that more admissions under existing schemes are also expected in the weeks and months ahead.

The Government said it will be up to the Afghan people in Ireland to apply to get their relatives here.

Minister for Children, Equality, Disability, Integration and Youth Roderic O’Gorman said that almost 400 humanitarian visas have been issued following the takeover of the Taliban, with 150 of those visa holders already in Ireland.

He said these visas are being given to frontline human rights’ defenders, people who work in supporting women’s non-governmental organisations, journalists, members of the LGBTI+ community, and those who are particularly vulnerable to the Taliban takeover.

Mr O’Gorman said these people have full refugee status on their arrival in Ireland.

The minister said those arriving from Afghanistan will not go into direct provision.