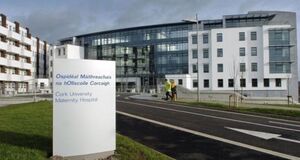 Tonight on Prime Time, a special RTÉ Investigates report reveals an investigation is underway at one of the country’s largest hospitals after it was discovered multiple baby organs were sent abroad for incineration without the knowledge or consent of their parents.

During the late 1990s hundreds of families were horrified to discover the organs of their deceased children were removed and retained by Irish hospitals following post-mortem without their knowledge or permission.

The public outcry led to the establishment of four separate inquiries, including the publication of the 2009 Willis report, an independent audit which found almost 21,500 organs of deceased patients had been retained at hospitals and universities across the State.

Almost 20 years later, in April 2019, Cork couple Leona Bermingham and Glenn Callanan were overjoyed to discover they were expecting twins. However, at their 16 week scan they were given some bad news, there was complications with one of the twins.

On the 18th Sept 2019 Leona and Glenn’s twin boys, Lee & Lewis, were delivered at 33 weeks by emergency c-section at Cork University Maternity Hospital. Hours later baby Lee sadly died. Because of the circumstances of baby Lee’s death, Leona & Glenn were encouraged to agree to a post-mortem.

In mid-May 2020, Leona received an unexpected call from Cork University Maternity Hospital to say that the organs that they retained belonging to Lee had been incinerated and they wouldn’t be able to get them back.

Six months after they received the phone call to tell them Lee’s organs had been incinerated, Cork University Maternity Hospital eventually arranged to meet with Leona and Glenn. They were horrified to be told it was baby Lee’s brain that they kept and that the brain was incinerated abroad in Antwerp in Belgium.

RTÉ Investigates report on Prime Time tonight at 9.35pm on RTÉ One

9 thoughts on “Sent Abroad For Incineration”