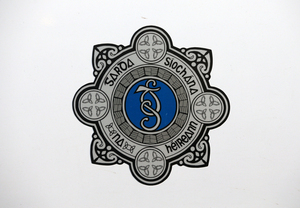 A retired garda superintendent has been charged over a €600,000 cannabis seizure at his home in Dublin last week.

He was charged just after 8pm last night and appeared before Dublin District Court this morning, where he was charged with possession of cannabis worth more than €13,000 at his home in a north Dublin suburb.

Detective Sergeant Hanley did not object to bail but told Bryan Judge Smyth that he was seeking several conditions, including that Mr Murphy not contact four people who cannot be named.

John Murphy, is one of the garda’s youngest superintendents, and decided to hand in his badge at the age of 50, having served on the force for 30 years.

Supt Murphy served in the detective branch in Dublin for much of his career, and on promotion was in the Traffic Department at Dublin Castle, later becoming the district commander at the Bridewell station.

John enjoyed a fitting farewell party at the Aviva, surrounded by hundreds of friends, colleagues and family.

His dad, John Snr, the famous former chief of detectives in Dublin, was in attendance as was Commissioner Fachtna Murphy.

John has been a senior detective in Raheny and later Pearse Street.

On promotion to Superintendent he moved to Cavan and then Dublin Traffic. In 2008, he took command at the Bridewell.

As District Officer, John’s been in charge of the courts and played a major role in setting up the new court complex.

Top Detective Retires In Style With Pals At new Aviva (Irish Independent, May 24, 2010)