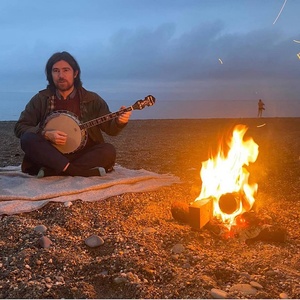 Dreampop acolyte Niall Woods (top) aka Nylophone serves up a tongue-in-cheek horror anthem for the season.

“What a horrific year it’s been. Killer plagues and masks all year round make it seem like it’s always Halloween, and that’s exactly the theme of this release.

“Typically Niall’s output tends to be in the vein of melancholic dreampop, but for this release Niall has made use of a much grittier and kitsch sound palette. Think glam rock meets the Addams Family. Throbbing heavy guitars and wonky honky-tonk pianos blast out creepy chords while horror music staples like the mellotron, church organs and wolf howls make light-hearted appearances throughout.

“The lyrics are full of double-edged phrases that could either describe universal horror themes or be specifically applied to the past year.

“Drums were supplied by Chris Con, (formerly of Leo Drezden) and the song was mixed by Rian Trench (Panic Attacks/ Solar Bears).”

The video comes courtesy of Ignore The Spots.