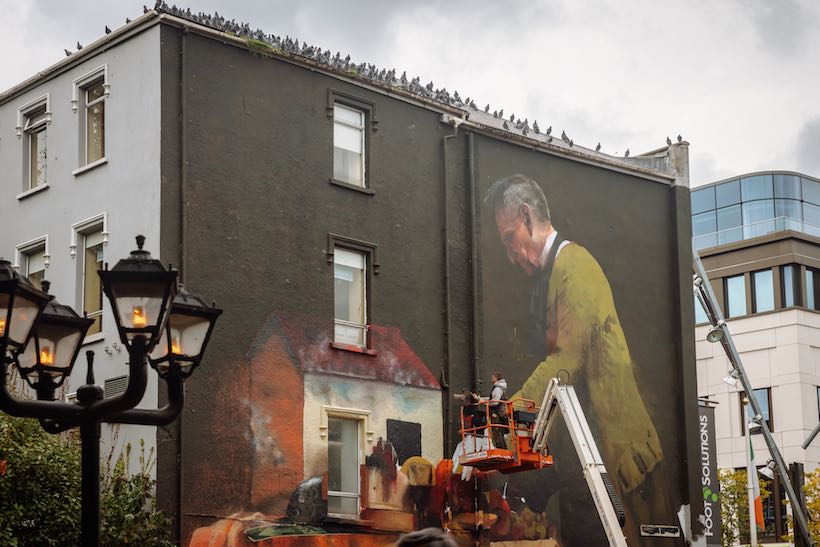 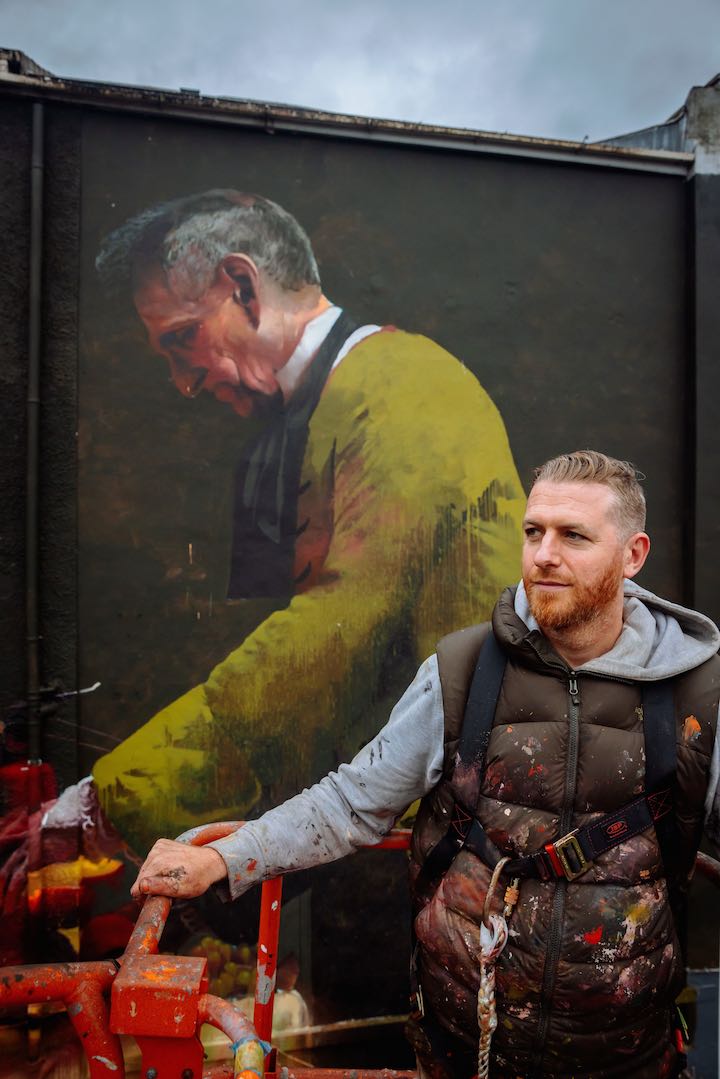 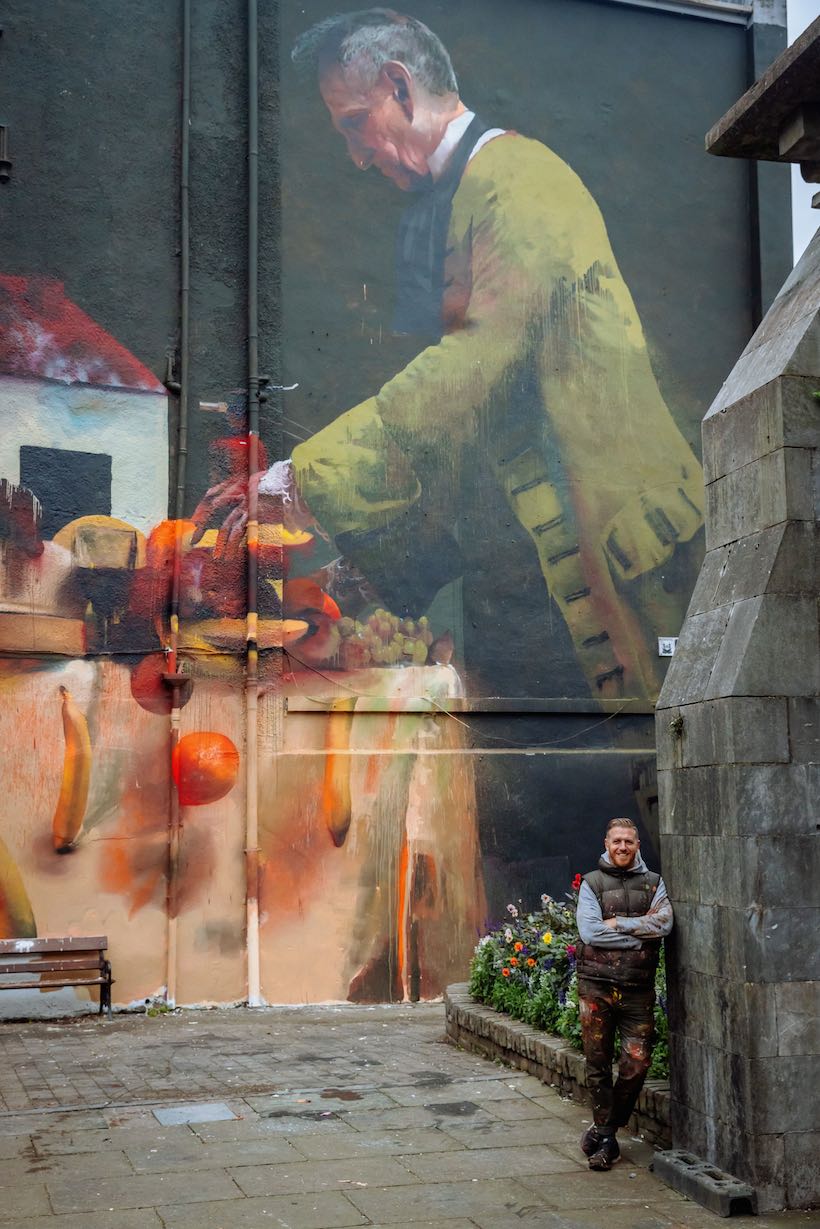 Cork-born London-based artist Conor Harrington (above) has completed a giant mural in tribute to the city as part of the Ardú Street Art Project 2021.

“I’ve used the English Market as a starting point for my mural, the gate of which is opposite my wall. It was built in 1788 and has seen us through famine, boom and bust. In my painting, a man sets a table, a composition of fruit and veg in the manner of a lot of still life paintings from the 18th Century, when the English market and much of the Grand Parade and Patrick’s Street was built.

“The table is overflowing with fruit, an abundance of fresh produce that has been available in the market for years. I’ve included a doll’s house on the table to illustrate how Cork is a city built on food and how our culinary scene is one of our greatest assets. I’ve also included a fire extinguisher on the table as a reminder of the Burning of Cork 101 years ago, and that although the market was mostly spared, damage was still done.

“In the mural I’ve played with proportion and inverted the traditional scale of figure and dwelling to exacerbate the idea of the Georgian figure as a looming power or Lord over his domain. In my work I examine the role and legacy of the empire, and try to find parallels in contemporary culture. By including the doll’s house as a reference to home, housing and the current crisis in Ireland and the abundant fruit table which is in a state of overflow and collapse, I’m asking the question to whom does power and plenty belong? Despite this historical foundation, my mural is ultimately about the balance of abundance and excess, and the fall which inevitably follows.”