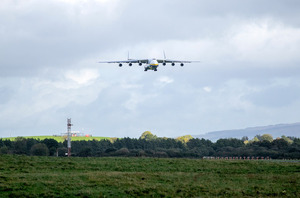 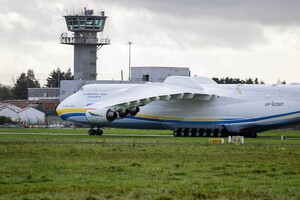 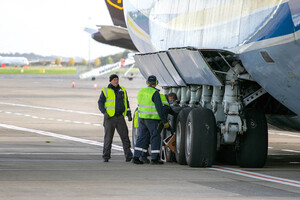 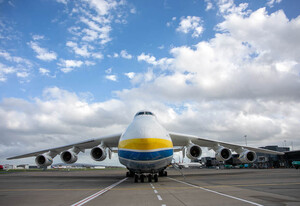 The world’s largest aircraft, the Antonov AN-225 touched down from China carrying a cargo consignment for distribution in the Irish retail sector.

The six-storey-high, Ukrainian-built Antonov AN-225 is the only one of its kind. It has a wingspan of 88 metres, 32 wheels and is capable of carrying 640,000 tonnes on take-off. Known as the ‘Mriya’ the Russian word for dream.

With the longest runway in Ireland at 3,199m, Shannon Airport is the only airport in Ireland capable of accommodating the Antonov AN-225.

The Antonov is due to depart Shannon tomorrow at 9am.

Here To Save The World

Don’t Know When I’ll Be Back Again

18 thoughts on “The Winged Warehouse”