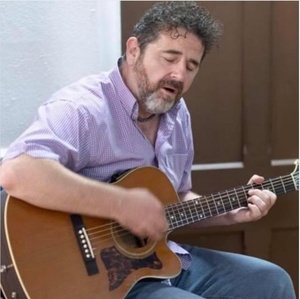 The sins of the fathers…

Pete Kavanagh (top) is a man on a mission. His new single is a powerful blues-driven narrative that is “a testament from an Irish working man in support of the victims and survivors of clerical and state abuse in Ireland, and indeed worldwide.”

“I attended primary school in Ireland in the late 1970s, a school with an obligatory Catholic ethos. I witnessed daily displays of physical and mental abuse. There was also sexual abuse. The Christian brothers, nuns, priests, teachers and community at large, collectively created an environment where this behaviour became the norm.

“By the mid-’90s, I was an angry young man with a guitar. I wrote songs to vent my anger and express my emotions. Music was a healing force, a form of therapy. It was during this period that I heard Christine Buckley (Dear Daughter) recount her horrific experience of life at St. Vincent’s Institutional School in Dublin (Goldenbridge). Her story moved me to tears and it inspired “Mercy”. I feel now is the right time for this song to be heard.”

Look out for his album Join Up The Dots on November 5.