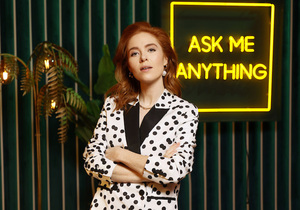 Angela Scanlon’s Ask Me Anything.

A new Saturday night entertainment show on RTÉ One.

Angela will bring her charm, wit and humour to this one-hour show featuring surprises and unexpected revelations for the celebrity guests, as they all agree to be asked, absolutely anything.

Line of Duty actor Martin Compston reveals what really went down at the National Television Awards….

Angela Scanlon’s Ask Me Anything tomorrow on RTÉ One at 10pm.