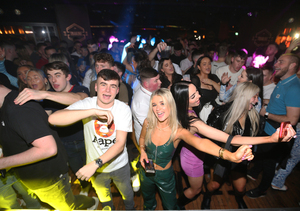 Nightclub and live venue operators have been told that rules requiring tickets to be booked at least one hour in advance will take effect from tomorrow.

At a meeting with Government officials this lunchtime, industry representatives were told there will be no grace period for implementing them, as they had requested.

One Degree Of Kevin Bacon