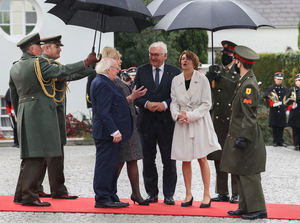 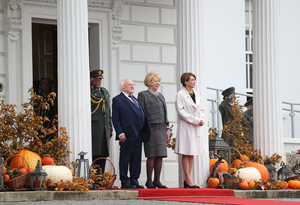 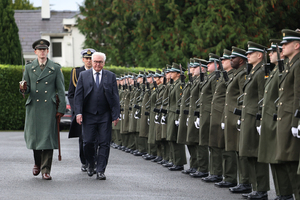 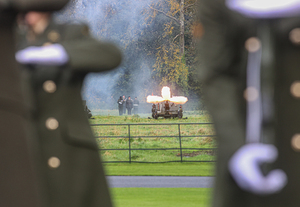 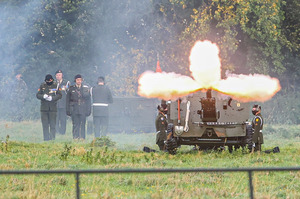 Who gave me the hot gun?

An Irish Defence Forces Artillery Corps field gun caught in the moment of firing during the 21 gun salute for President Higgins’ German counterpart, Frank Walter Steinmeier, President of the Federal Republic of Germany, who is on a three-day state visit with his wife Frau Elke Büdenbender (splutter!).

No wildlife was harmed in the making of this salute.

Three claims for deafness though.

Will they never learn?

That’s Not A Library