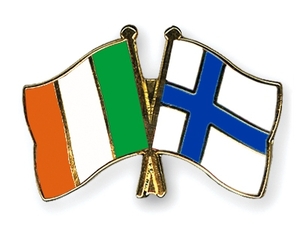 In the article “Rent Trap” (Weekend, October 23rd) “Amet” lamented that he was unable to save a sufficient sum to purchase a house in south Dublin, notwithstanding that he and his wife had a joint income of €175,000 a year.

He offered Finland as a country of similar size – presuming that population is the construct in question – as building 40,000 units a year. This effective housing policy has meant that here, a two-bedroom apartment bought 15 years ago in a town comparable to Castlebar was sold this year for the same price it was bought for – €43,000.

Thus, a single person on minimum wage can purchase such a dwelling as repayments on a €40,000 loan over 20 years will amount to €190 a month at present rates of interest charged by Finnish banks.

If one does not wish to live in the Finnish equivalent of Castlebar, then something similar in the capital region of Helsinki will set you back between €150,000 – 10 minutes from the centre by train – to €300,000, 10 minutes by tram.

One Of The First Mortgage Debt Settlement/Write-Offs Happened Yesterday.

26 thoughts on “To Helsinki Or Connaught”