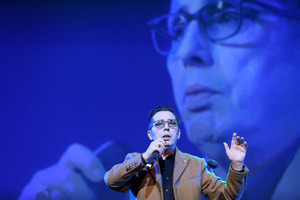 A month on from his Ryder Cup disappointment, European captain Pádraig Harrington will reflect on the weekend and explain why he wouldn’t change anything about his approach to leading the team.

Cork singer Lyra will be on the show to talk about her stellar music career and will perform her new single ‘Lose My Mind’.

Supervet Noel Fitzpatrick will chat to Ryan about his new children’s book ‘Vetman’ and life after losing his dog and best friend Keira.

Christy Dignam will talk about releasing his debut solo album ‘The Man Who Stayed Alive’ and celebrating 40 years with Aslan next year. Christy will also perform ‘High’ from the new album.

The Late Late Show on RTÉ One tomorrow at 10.05pm.

5 thoughts on “Staying In Tomorrow?”