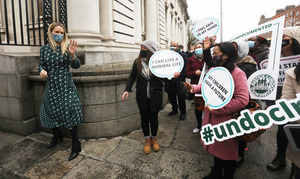 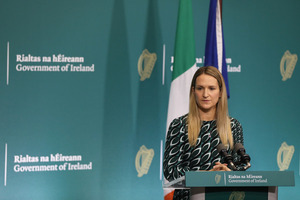 Minister for Justice Helen McEntee has outlined a government scheme to regularise thousands of undocumented migrants who are living in Ireland.

Applicants must have a period of four-years undocumented residence in the State, or three years in the case of those with children.

Successful applicants will receive immigration permission, access to the labour market and will be able to begin a path to citizenship.

The six-month window aims to enable people to come forward and regularise their status, according to the Department of Justice.

The Department said studies suggest there could be up to 17,000 undocumented persons, including up to 3,000 children, and that many could be in employment, although likely low paid.

Due to the lack of reliable data it says that it is difficult to say how many will be eligible.

So, is this the end of Direct Provision, anyone?

Hands Across The World

25 thoughts on “‘A Path To Citizenship’”