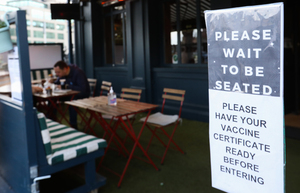 A rush to blame, leads to bad science & intolerance:

I’d argue there is no evidence (not even uncertain or low- quality evidence) that punishing unvaccinated *more*, when there is already a fundamental mistrust of State institutions, will improve vaccination rates, when our adult vaccination rates are already far above 90%.

Earlier: “They’re Clearly Finding Places That They Can Get In” 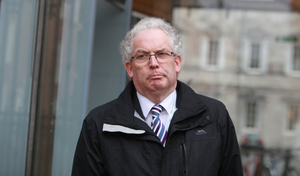 “We are currently witnessing an emerging trend of seeking to blame the upsurge in Covid-19 infections in Europe on those who have not yet availed of the offer of a vaccine. It is tempting to do that, but we should be cautious.

“This “othering” of the unvaccinated is further compounded by an increasing tendency to refer to the unvaccinated and “anti-vaxxers” in the same breath, as though they were synonymous, which they are not.

“…Efforts to “other” the unvaccinated take many forms. In Austria, Alexander Schallenberg, the new chancellor, twinned his announcement of a new period of severe lockdown with advance notice of a “vaccine mandate” from February.

“This means that the unvaccinated will be subject to fixed penalty notice fines – the range under discussion is €500 to €3,600 – and a build-up of unpaid fines could lead to imprisonment. It is a classic political case of “don’t blame us, blame the unvaccinated” in a country with one of the lowest vaccine uptake rates in Europe.

“Politicising the vaccine-hesitant in a country with a low vaccine uptake, and risking driving them naively into the arms of unreconstructed Nazis, is a high-risk and badly thought-out strategy.

“Here in Ireland, where vaccine rates are high, the political response to the ongoing increase in infection rates has so far been less dramatic. There is no planned return to lockdown, and no talk yet of any universal vaccine mandate. But we have seen the beginnings of an attempt to blame the increase in infections on the unvaccinated.

“…In terms of the spread of infection, it is inaccurate to suggest that it is down to the unvaccinated. Indeed, doing so deflects from three key issues that simply cannot be laid at the feet of the unvaccinated.

“The first is that the government knowingly pursued an opening-up strategy at a time when infection rates were rising, effectively encouraging mass gatherings indoors in nightclubs and other places. This sent a signal that led to a general relaxation of our individual protective measures in terms of hand hygiene, masking, caution about social contacts, and attention to symptoms and self-isolation.

“Secondly, the government has consistently misled us with the mantra that “schools are safe”, without any basis for that claim. The highest rates of Covid-19 infection of any age group are now being seen among primary school pupils.

“Finally, the government dithered all year long on the question of antigen testing, neither trusting nor properly educating the population in their correct use. This has deprived us of the benefits of antigen testing while visiting upon us the maximum harm possible through their well-intentioned but incorrect use.

“…simply blaming the unvaccinated for our troubles, whether in Austria or Ireland, is not the answer, especially when the truth is far more inconveniently complicated. In Europe, we should remember that finding scapegoats and trampling on their rights at times of crisis or social and economic turmoil is a dangerous path to tread.

“Occupationally-oriented vaccine mandates, such as in healthcare, are justifiable and reasonable; using vaccine passes and testing as a way of opening society is prudent. General vaccine mandates that interfere with the basic right to bodily integrity are, however, a whole other ball game.”