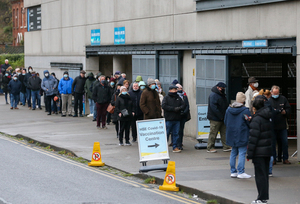 The Taoiseach has told the Dáil that tens of thousands of people are not turning up for booster vaccines.

Micheál Martin revealed that in the week beginning 22 November, some 208,000 vaccine appointments were offered and just 80,000 people tuned up.

He added that last week 180, 000 booster appointments were available and only 93,000 attended.

However, it is not clear if some of those missed appointments were double bookings.

The Taoiseach said the same urgency does not seem be there around boosters compared to earlier vaccines.

Ireland has the highest primary vaccination rate (93%) among adults in the EU and the fourth highest rate of booster administration.

When offered your booster, please take it #ForUsAll pic.twitter.com/RTaV2qSJIb

It is a pity that unvaccinated can’t be strictly quarantined, as much for their own safety as anyone else’s and in order to reduce their disproportionate imposition on scarce health resources.

The voluntarily unvaccinated suffer from a major cognitive flaw and need protection. 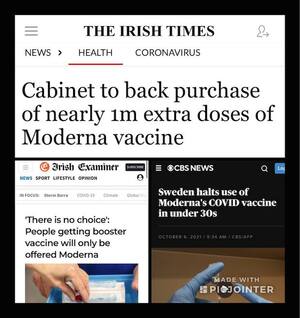 This is the Moderna world…

The President of Brazil repeats that he will not be implementing vaccine mandates and vaccine passports. Vaccination is up to the individual. pic.twitter.com/H8DTgQw2O0

“You Will Be Miserable” [Updated]

Are You Volk Yet?

93 thoughts on “One MILLION Boosters [Updated]”