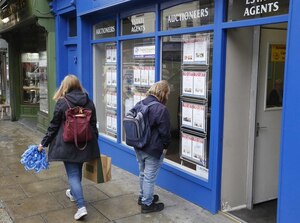 The average deposit needed to buy a home is now €52,500 for a first-time buyer (FTB) and €135,000 for a mover purchaser, according to figures from the Banking and Payments Federation Ireland (BPFI).

This is more than double what it was less than a decade ago, reflecting the rapid increase in house prices since the low point of the crash in 2012 and the Central Bank of Ireland’s mortgage lending rules, which require buyers to have bigger deposits relative to the value of the property.

The BPFI’s latest housing market monitor includes a loan-level analysis of the source of deposits in the first half of 2021.

It found that nearly 42 per cent of FTBs and 25 per cent of mover purchasers used gifts as part of their deposits.

“An entire generation has been locked out of the market. Average deposits are now more than double what they were just 10 years ago. How can anyone on an average income afford to save €52,000? Homeownership is simply slipping out of reach for many young people.

“The pressure to save vast sums of money, while also paying incredibly high rents, is putting people under huge stress and strain. It is therefore unsurprising that four in ten first-time buyers are reliant on gifts from parents in order to fund the purchase of a home.

“House prices have shot up by over 12pc in a year. This is unsustainable. The housing market is out of control and there is no evidence that the Government’s housing plan is working. In fact, things are getting worse instead of better.

“The solution to this crisis is crystal clear – the State must build thousands of homes that are genuinely affordable. This can be done by using public land. To date, this has not been done anywhere near the scale that is required. We need 10,000 affordable homes to be built each year.”