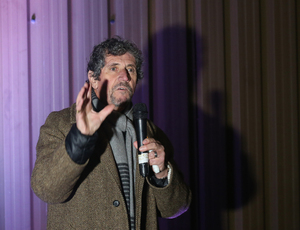 Hit series Dancing with the Stars returns to RTÉ One in January, and tomorrow night, we will unveil the first four well-known faces who will be taking to the floor live in front of the nation in a bid to win the coveted glitter-ball trophy.

Former RTÉ presenter Charlie Bird has been candidly open about his recent Motor Neuron disease diagnosis, and tomorrow evening, Charlie will speak to Ryan about how he has chosen to face death head-on

A host of musical guests will be joining Daniel for the celebrations, including Paddy Cole, Margo O’ Donnell, Cliona Hagan, Susan McCann, Louise Morrissey, David James, Marc Roberts, and Jimmy and Claudia Buckley, as well as friends of Daniel’s from other walks of life such as Packie Bonner and Shona McGarty. There will also be a few surprises!