The Taoiseach has ruled out the prospect of mandatory COVID-19 vaccines in Ireland – saying the country will stick with a “voluntary system”. https://t.co/mtYVytZ0BE

The leader of Sinn Féin has said she does not think mandatory vaccination is a good idea, and added that such a move could be ‘counterproductive’ https://t.co/mUXcBLtfEc

On the idea of mandatory vaccinations, Prof Karina Butler tells @TodaywithClaire ‘it’s always preferable’ if people can be given the information and make informed decisions, but ‘there can be situations where making a vaccine a requirement is necessary for the overall good’ pic.twitter.com/4ucUE1yHLD 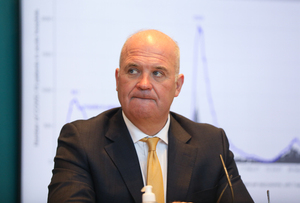 The State’s public health team is set to consider mandatory vaccination, with a new paper being prepared by the Department of Health on the legal and ethical aspects of such a move…

…In a letter to Government last week, the chief medical officer, Tony Holohan, said Ireland had not yet reached the peak of the Omicron wave. Nphet recommended that all current measures – such as the earlier closing time for pubs and restaurants and indoor events – remain in place until the end of January.

Separately, minutes of a meeting of Nphet on December 16th reveal that mandatory vaccination will be considered by the team. “It was noted that the Nphet will discuss the issue of mandatory vaccination at a later date and this discussion will be facilitated by a forthcoming paper from the Department of Health on the relevant ethical and legal considerations pertaining to this topic.”

This will be the catalyst for massive street protest here if mandatory vaccination are introduced.
We need to quit this nonsense. #NoVaccinePassports #NoVaccineMandates pic.twitter.com/4Ru6VmKZfz

December 21st. Less than 4 weeks ago Taoiseach went on national airwaves and ruled out mandatory vaccinations. The same way he ruled out going into coalition with FG and same way the bankers weren’t bailed out. The lies have become a pillar of the state. #HowIrelandWorks pic.twitter.com/b4Vl8i6nR7