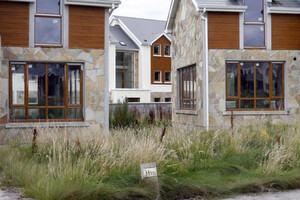 The Residential Buildings Report for the fourth quarter of 2021 was published today by GeoDirectory, and prepared by EY.

The number of vacant properties in Q4 of 2021 represented 4.4% of the national housing stock, a marginal decrease on last year.

Furthermore, there were 22,096 residences classed as derelict in 202…

County by County: Where Ireland’s vacant properties are (Irish Examiner)

“These figures provide further evidence that the government’s housing policy is failing. The fact that Ireland has more than 9,000 people who are homeless, and more than 90,000 homes that are vacant, is a damning indictment of the government.

“Almost one in 20 homes across the state are empty. This is a conservative estimate. On the night of the last census in 2016, there were 316,605 empty homes in Ireland. More than 180,000 of these showed no sign of use in the previous three months.