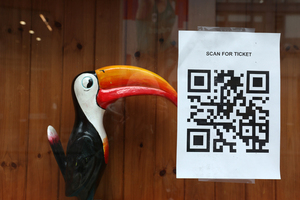 Friends just asked me to organise a night out now that the pass is gone. I politely said they can shove it, that I can’t sit with people who went along with the pass. Wife thinks I’m being harsh and should see it from their side, they were just getting on with lives. Thoughts?

Earlier: Roll Out The Barrel

29 thoughts on “Ask A Broadsheet Reader”