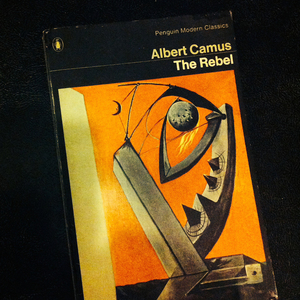 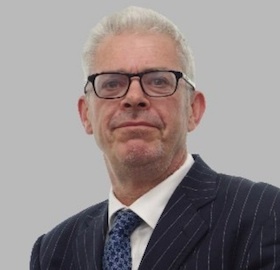 From top; The Rebel by Albert Camus (1951); David Langwallner

This piece is dedicated to Fergus Armstrong, the father of the Editor of Cassandra Voices, Frank Armstrong.

I met Fergus once for a long evening. He was an articulate, humane, and just man of reason. He attended Harvard, in the same class as Mary Robinson, but was a retiring non-public corporate lawyer and arbitrator who became the managing partner of McCann Fitzgerald and a voice of reason before that firm, like all corporate law firms in Dublin, spiralled out of control.

He brought his family up in conditions of liberality and encouragement and, thus, I had the unique spectacle of lecturing his son in The King’s Inns with the culture shock of realisation that one of the last remnants of civility Ireland was in my class. He was an island of civilisation among much less educated people and ridiculed by his neanderthal student colleagues. The last modicum of Irish decency and civic pride.

So, rest in peace, Fergus; and be assured you brought up your children well. Though Frank had to cope with three sisters! It must have been difficult?

In a previous piece for Broadsheet, a troll reader implicitly rebuked me for not becoming a judge in Ireland, though I had no such desire. But unlike most, or, at this stage, all of them, I have judgment and it is increasingly lacking in all vectors worldwide. So, what is judgment? More to the point, what is it not?

In our awful Coronavirus Panopticon, we need just people to speak and act out and exercise judgment. Many of them are not for whatever reason. Well, everyone has their reasons and, in a deregulated Hunger Games universe, to speak out is to court disaster, unemployability and death. Discretion is increasingly the better part of valour. To live to fight any other day. But reasons of self-interest are not judgment, quite the converse.

As far as lawyers are concerned, Lord Sumption has intervened, of which more later. So, in my little fool way, have I. Geoffrey Robertson QC, the chairperson of the board of human rights lawyers internationally, the Quasimodo of London, The Good Beast, has merely suggested election of jury trial to facilitate the interest of the profession.

Now it is a nuanced, but slightly limited, response from one of the great intellects of our time and I suspect a discreet one where many bother him and he must be nuanced presumably to preserve both his chambers and the remnants of the human rights profession. Everyone has their reasons.

In contrast to Lord Sumption, the pre-appointment Chief Justice address of the Irish Judge Donal O’Donnell was both in equal measures nauseating and cloying, an uneven and awful tone. Irish judges cannot speak out or respond to criticism. Yet, the British judges do.

In legal philosophical terms, the realist scholar Karl Llewellyn, in evaluating the concept of judgment, argued for the grand style judge who appeals to reason and does not slavishly follow precedent and where principle is consulted, and regard is hard to the reputation of the judge in the previous case.

Ronald Dworkin, who taught me, in an extension of this and elaboration, saw the interpretative role of the judge ultimately to discard black letter rules, in favour of adjudications on moral principle, though one must question some of his principles. In contrast Richard Posner, the American judge and most cited legal scholar in the world, peddles the awfulness of cost-benefit analysis and free market nonsense, homo economicus and wealth maximisation as the arbitral resolution of all disputes. The satanic logic that has got into this mess.

But judging should not be, and is not mercifully, the preserve of lawyers.

The crucial text on judgment is not by a judge but the quintessentially just man. A French writer, journalist and intellectual of whom I have written about extensively, Albert Camus. Now one text I have not previously referenced, save in passing, is his most important for our age of non-judgment, where all reason has been abandoned.

In Camus, The Rebel (1951), his major political tract, we have a paean in a fractured age then and more so now for moderation and an opposition to nihilism. Those who accept that everything is permitted from De Sade to Saint-Just, to modern day fascists, he argues, obliterate all in their wake. They even think, as Camus argues, that the destruction of children is justifiable.

And given patterns of child exploitation economically, both in work forces or drug cartels or indeed by manipulation for nefarious ends ,including the possibility of non-consensual vaccination, we have reached that awful impasse. The unthinkable has become normalised and language to deal with it descended way beyond buzz words into advertising slogans of dubious correctness or into Adorno’s remark about the difficulty of writing poetry after Auschwitz.

The weak are thus defenceless against the inappropriate adults in the corporate political and, indeed, judicial chambers. Thus, unless you unconditionally as Saint Just, the ultimate nihilist, observed, endorse the state, God, country, in a collective non-critical sense, then you are classified as a traitor or a terrorist. Nihilism, evident in the world political elite, increasingly morphs into gangster capitalism, a redolent feature of our toxic age and excludes the humanist intellect or marginalises it. Renders it neutral.

In The Rebel, which in effect is a misnomer, Camus conversely indicates his limits, restraint, adopts the Mediterranean measure and does not unconditionally accept, for example, laws that are military, or emergency-driven. He does not accept the criminalisation of everything such as thought crimes or suspicion-driven crimes increasingly in evidence in the UK, or the curtailment of the right to protest, and he defends the innocent.

The Rebel does not believe in gangster morality or brute force. The Rebel believes thus in form, rationality, and argumentation. Secular or Christian humanism. And flexibility and moderation. Thus, The Rebel is not an extremist. He is a rebel against extremism.

The Rebel does not treat people as sheep, nor accept emergency powers-driven executive action curtailing movement, liberty, protest, and sundry other rights. Thus, a Rebel is a judge, a writer, an intellectual and a journalist.

The crucial point to appreciate is that justice and judgment is multi-vectoral and it is required in all who purport to exercise leadership. Further, to judge at any level, we need to gain empathy for others and submerge our cognitive biases, as the legendary also legal realist judge Jerome Frank also remarked, or more popularly in To Kill a Mockingbird (1961) as Atticus Finch says:

“You never really understand a person until you consider things from his point of view. Until you climb inside of his skin and walk around in it.”

In terms of practical data there are some awful trends.

In extradition terms, the ruthless, amoral pursuit of Julian Assange by American authorities, failing to fess up to their own criminality and resisted by a judge I appeared before recently, on the very narrow basis of the conditions of incarceration in the United States, is now overturned.

Whatever you think of him as a person, hard cases make bad law and the weakest link in the chain is that which needs most protecting. In fact, protecting the ridiculed, the despised, the wretched of the Earth is the indicia of a justice system; as perhaps, though stage managed, is protecting Mr Djokovic.

As Novak found out, vaccine passports have arrived and will curtail movement and travel and divide the world into the vaccinated and the unvaccinated. And the need for further vaccinations to deal with further variants will not just negate leisure activities but actual livelihoods and entitlements to work.

And that doesn’t even deal with how we are being sold products of doubtful utility and potential harm; and do we really know what is in these vaccines with vaccines to come for a multitude of variants? And what can immunise us against the rise of transhumanism?

The virus has ushered in the legislative and executive implementation of serf capitalism, or Chinese capitalism, to reference Sumption; and such legislation becomes embedded with precious liberties, fought for for generations, divested in a state of perpetual emergency of engineered chaos.

In fact, the German jurist Carl Schmitt wrote about how executive actions responding to a subjectively perceived emergency paves the way for totalitarianism, and it is minorities who will be most affected or those perceived to be dissidents. The exclusion and demonisation as well as demonetisation of others culture and context specific.

During the emergency in the US in the Second World War many disgraceful things happened against mixed-blood Americans ,particularly those of Japanese origin who were locked up in concentration camps and exclusion zones. In effect, internment on the dubious basis that they might be involved in espionage disgracefully endorsed by the US Supreme Court in the infamous Korematsu Case (1942). America and the world, now to be divided into de facto or de jure exclusion zones, based on poverty, income and ethnic exclusion. The new cleansing and reset for those that survive.

And what does it matter to people living in a hyper-real, deregulated multi-dimensional and multi-directional ecocide but above all economic Shoah? Well, fight for your rights and not be overly complacent. In fact, this is no time for complacency.

Render yourself immune from influencers and be careful of support for the targeting of one group, whether they be migrants or travellers. Do not unconditionally obey orders. Stay safe but question what that means. Be judgmental.

So, judges, including those of Broadsheet, exercise independence and judgment and speak out and, above all, act and take remedial action. Individually and collectively. Be sceptical. Exercise judgment daily, in an increasingly uncertain world.

Judgment does not involve submission or unconditional compliance. ‘No’ is an especially important word. Say it sometimes.

David Langwallner: Suffering For Our Art