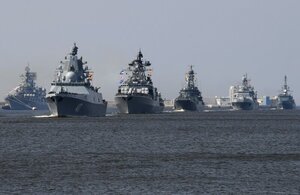 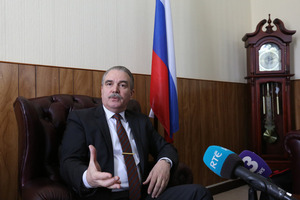 NEW: Foreign Affairs minister @simoncoveney says Russian military exercises in waters south-west of the Irish coast are “not wanted” and that he has made this known to Russia’s ambassador.

Minister for Foreign Affairs Simon Coveney will brief his EU counterparts on Russia’s plans to hold naval exercises 240km off the southwest coast of Ireland.

Mr Coveney told reporters in Brussels he had made it clear to the Russian ambassador that the Government did not welcome the move.

He was speaking ahead of a meeting of EU foreign ministers which will be dominated by escalating tensions over Ukraine.

Mr Coveney said the planned Russian naval exercises were in international waters, “but it is also part of the exclusive economic zone of Ireland.”

12 thoughts on “Keeping An Eye On Russia”