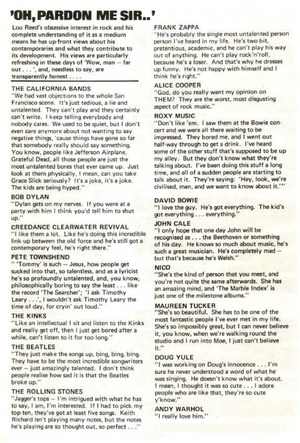 Ever wonder what Lou Reed thought of his contemporaries and musical rivals?

11 thoughts on “Reed All About It”