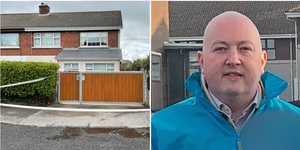 From top: the house off Connaughton Road, Sligo where the body of Michael Snee was discovered last night; Cartron Heights,,  Sligo, where  Aidan Moffitt was found yesterday

Gardaí have announced separate murder investigations into the deaths of two men in Co Sligo.

…gardaí said that Michael Snee, 58, and Aidan Moffitt, 42, had been “assaulted and murdered in their own homes”.

Gardaí said they are keeping an open mind in relation to the investigation.

They are investigating if there is any hate-related motive and also whether the victims had met their attacker online. 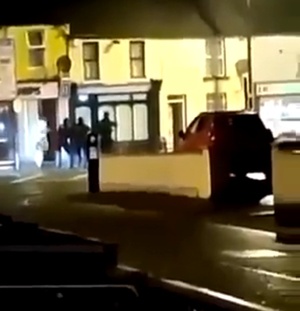 A man has been arrested on suspicion of murder following the discovery of the body of a man in Sligo last night.

The overnight developments followed the discovery of the remains of another man in the town on Monday evening. Aidan Moffitt’s mutilated body was found in his home in Cartron Heights.

Gardaí were called to a house off Connaughton Road at 10.30pm last night.

It is understood that relatives had found the body of a man in his late 50s at his terraced house in the City View estate. He had sustained significant physical injuries.

Gardai arrested a man in his early 20s on suspicion of murder.

My deepest sympathies to the family and friends of Aidan Moffitt.

Deeply concerned by this horrific killing and reports of another violent death in Sligo this morning.

I urge anyone with any information to contact gardai.

Leo Varadkar said one of the men who died, Aidan Moffit, was a member of the Fine Gael party and ‘a branch secretary and a branch chairperson’ | Read more: https://t.co/eWOdeT4FZ2 pic.twitter.com/u3V7Hexh3a

They Come Over Here With Their Joyous Dancing

56 thoughts on “Another Violent Death In Sligo [Updated]”