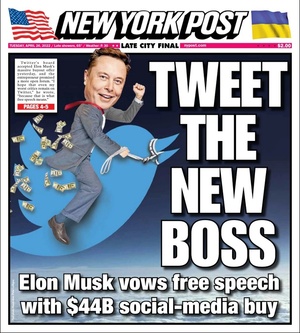 Yet, despite warnings that censorship is necessary “for democracy to survive,” neither the Tesla CEO and billionaire nor ordinary citizens appear to be sufficiently terrified of free speech. Twitter confirmed Monday that Musk will acquire the company in a deal worth $44 billion. Once the deal is complete, Twitter will become a privately held company.

Progressives, in the meantime, have adopted a dangerous shift in their strategy of calling for corporations to censor speech.

Last week, former President Barack Obama made this shift clear in his much covered speech at Stanford University. Just days after Musk re-enforced his bid for Twitter with the support of many in the free speech community, Obama warned that social media was “tilting us in the wrong direction.” He called for more censorship of disinformation while calling himself “pretty close to a First Amendment absolutist.”

Obama has never been viewed as an ally on free speech by those of us who have been attacked for our “absolutist” views. Moreover, calling for censorship as a free speech absolutist is like claiming to be a vegetarian while calling for mandatory meat consumption.

Elon Musk’s buying Twitter is good for free speech. And a ‘nightmare’ for progressives (USA Today)

From my sources: Vocal Twitter employees on internal chats indicate their biggest fear is Donald Trump being unbanned. Many express strong hatred toward @elonmusk & say they’re sick of hearing about “free speech.” They’re concerned about their mental health. #ElonMuskBuyTwitter

Just one of the endless series of ‘holy shit’ conflicts under the hood of his new purchase. https://t.co/fY1dy7DSem 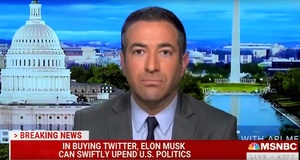 84 thoughts on “The Terror Of Free Speech [Updated]”