NEW: Greens’ deputy leader Catherine Martin says she is now satisfied with plans for the NMH – and has received assurance in writing, from the chair of SVHG, that certain services and procedures *will* be offered at hospital on its grounds. @VirginMediaNews pic.twitter.com/BgLxxkcXk7

This seems both a mistake and entirely avoidable. All the parties have been reported to have given written reassurances to Minister Catherine Martin, so if there is agreement already in place why this reluctance to remove this ambiguity from the deal? https://t.co/bBbhqNvruA 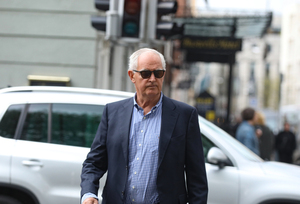 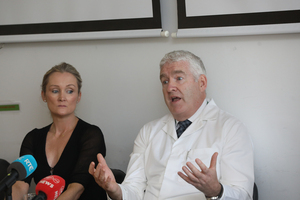 The National Maternity Hospital would be open to removing or redefining the phrase “clinically appropriate” from documents regulating the new hospital.

Professor Shane Higgins, master of the existing hospital on Holles St, said that “having seen how much upset and concern it does cause, we would be open to defining it or having it removed.”

Prof Higgins said that he did not understand concerns about the new hospital being on a leasehold. He said many other buildings that received significant public investment like the Mansion House and the new Central Bank were also on a leasehold as the new NMH will be.

“Vatican permission was conditional on the Sisters observing certain specified canon laws. The St Vincent’s companies bind them to uphold the values of Mother Mary Aikenhead, the founder of the order.

“The concern about Catholic ethos is too acute to proceed unless and until there is full scrutiny of all correspondence between Ireland and Rome.

“The Government should directly ask the new owners of St Vincent’s Holdings – Dr David Brophy, Professor Michael Keane and Sharen McCabe – why they cannot gift, as the Sisters of Charity said they would in 2017, or sell the land to the State,” he added.

“Specifically, do the conditions set down by the Vatican preclude St Vincent’s Holdings from gifting or selling the land?

“Prior agreement on the services must include a specified list of procedures including but not limited to abortion, elective sterilisation, assisted fertility and gender realignment surgery, and any procedure that becomes legal in the future.”

“[Dr Boylan] was a highly respected clinician for his entire career, but I don’t understand the vitriol of the opposition.”