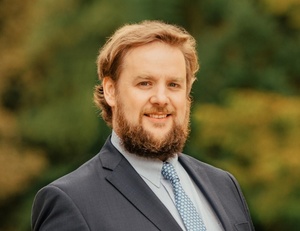 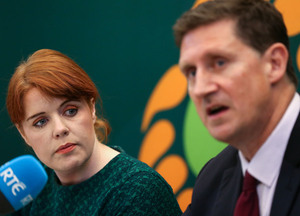 Green Party TDs Patrick Costello (top) Neasa Hourigan (above with Green Party Leader Eamon Ryan) have announced they  will break ranks with the Government to vote in favour of a Sinn Féin motion on the National Maternity Hospital this evening in the dail.

Green Party TD Patrick Costello has confirmed that he will vote in favour of Sinn Féin’s motion on the National Maternity Hospital.

The Dáil will vote on the motion later tonight, after People Before Profit deputy Richard Boyd Barrett confirmed his colleagues would facilitate it.

on Today with Claire Byrne.

The Tánaiste said there were “a lot of myths and misinformation” around the project that were able to be dispelled during the two-week delay in confirming the hospital would proceed, namely a clear definition to the term “clinically appropriate”.

Mr Varadkar said he understood people’s concerns around ownership of the land and defended the 299-year lease as ownership.

“The perfect can be the enemy of the very, very good. This is a very, very good arrangement. We do own the hospital, we own the bricks and mortar and we have a 300-year leasehold title to the land, and that is ownership,” he said.

The Tánaiste said he also understood people’s concerns given the country’s history with institutional abuse and the church’s influence over healthcare.

Mr Varadkar said what was happening was two hospitals – Holles Street and St Vincent’s – that are currently under Catholic influence are being secularised.

“You would have the impression from some people, that the hospital as being gifted to the nuns. That is just fake news,” he said.

‘We Demand That It Be Public And Secular’

Waiting For The Vatican