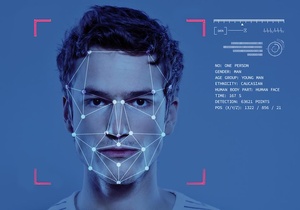 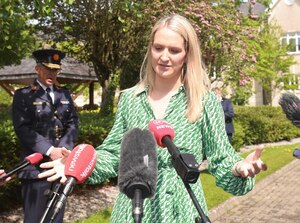 The Minister for Justice has said the introduction of legislation to enable gardaí to use facial recognition technology (FRT) in criminal investigations “is not about mass surveillance.”

Helen Mc Entee said that there will be safeguards and codes of practice in place to comply with GDPR and protect people’s individual privacy.

However, the minister told rank and file gardaí at their annual conference in Westport this morning, that technology is involved in “a huge amount of criminal activity” and gardaí need to have the resources to deal with this effectively.

She said gardaí spend “thousands of hours trawling through CCTV footage” and in the investigation of certain crimes, such as child abduction, child sexual abuse and murder investigations, “time is of the essence.”

Via The Irish Council for Civil Liberties:

‘ICCL strongly opposes the use of Facial Recognition Technology (FRT) for law enforcement and in public spaces. In our submission to the Oireachtas on the Garda Digital Recordings Bill ICCL has already called for a ban on the police use of FRT.

‘This is because of the extreme risk to rights posed by FRT. A person’s face is permanently and irrevocably linked to a person’s identity. Our position aligns with a wider European movement to ban the use of FRT by law enforcement.

‘We would be particularly concerned about the move to authorise FRT for An Garda Síochana given their poor record on data protection.

‘Additionally, neither An Garda Síochána or the Department of Justice have shown any demonstration that using FRT is either necessary or proportionate – a legal requirement under human rights law.

‘FRT systems are known for their inability to correctly identify faces that are not white and male, due to inherent biases. ICCL strongly opposes the use of such technology and, with over 170 civil society organisations and activists from 55 countries around the world, is calling for an outright ban on biometric surveillance in public spaces.

‘The explanatory note highlights that it is “considered that this may be necessary in relation to an increase in criminal activity in a particular area where 3rd party cameras may be located.”

This is already deeply problematic as it could lead to general monitoring and profiling of certain areas or people, and amount to extended covert surveillance if An Garda Síochána fail to flag this surveillance with affected members of the public. The risk to people’s rights would multiply should these cameras include FRT.’

23 thoughts on “Nothing To See Here”