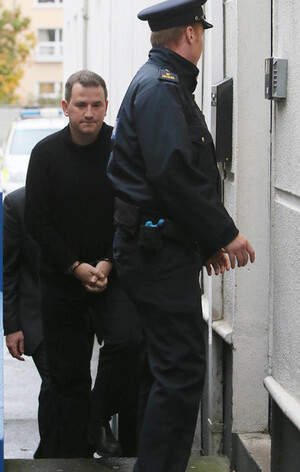 Graham Dwyer leaving Dun Laoghaire Courthouse on September 18, 2013 after being charged with the murder of Elaine O’Hara

The Supreme Court is to make orders upholding Graham Dwyer’s successful High Court challenge to Ireland’s data retention laws and dismissing an appeal by the State.

The court confirmed a European ruling that Ireland’s data legislation breaches EU law and this decision must apply to past as well as future cases.

Confirmation of the decision came from Chief Justice Donal O’Donnell after a lawyer for the State said it had no objection to the orders being made.

It means the Supreme Court will not have to reconvene for any further hearing in the matter and will simply issue the orders.

Foxrock architect Dwyer, who is serving a life sentence for the murder of childcare worker Elaine O’Hara, plans to use the ruling to bolster a separate challenge he has taken against his conviction.

….If the Court of Appeal finds that the data evidence should have been excluded from his trial, it will have to weigh up whether there was enough other evidence to prove the case against Dwyer.

12 thoughts on “Leave To Appeal”