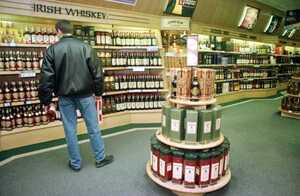 MORE PEOPLE are leaving Ireland than anywhere else in the European Union, new research shows. Although Ireland has the EU’s highest birth rate and lowest death rate, people are abandoning the country in droves as work dries up.Figures compiled by Eurostat, the EU Commission’s statistical arm, show Ireland is markedly different from other countries in terms of population growth and outward migration. Overall, the population of the 27 EU countries is estimated to have grown to 501.1 million at the start of 2010 from 499.7 million in 2009. A baby boom in Ireland, which began in 2008, has brought the birth rate to levels not seen since the 1890s, but the departure of some 40,000 people last year points to the return of mass emigration.

And If You Play It Backwards You Can Hear A Voice Saying: Bite Me