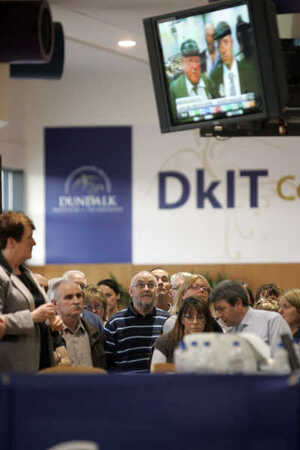 The Irish Daily Mail reports this morning that a file is being sent to the DPP into suspected voter fraud in South Kerry during the March election – and that the claims relate to people connected with the Healy Rae campaign.

It concerns at least three incidents of canvassers calling to elderly residents asking to “collect” their postal votes. One reported in The Kerryman in March, involved an 87-year-old man.

“This is the postal ballot that a person would fill out themselves,” said FG councillor Bobby O’Connell. “Then they asked the person would they be able to fill it out themselves, and should they not fill it out for them.. The woman went to another house in the locality that we know of . When the person was asked to identify themselves they gave a false name at first. This has all been given in a statement to the guards. I am satisfied myself that the charges relate to a member of the Healy Rae campaign.”

A further claim that canvassers gave free cigarettes to Travellers to secure their votes is also being investigated.

ALSO: In civilised societies this late night call alone might be considered harrassment.